Proposal in Paris – Hidden photographs near the Eiffel Tower

Nate is from Phenix, Arizona. He had heard of me from several good posts about me on Trip Advisor , and trusted me for documenting his proposal to Kim on Valentine’s Day.
He sent me a very kind message this morning , that I would like to share with you :

« I wanted to propose in Paris. I had this idea of taking photographs of her reaction and the proposal itself. I didn’t want her to know about it at all. So I was looking for paparazzi style photographers in Paris, and one that I could trust to do an awesome job. I started interviewing several photographers in Paris via Skype and email. I was nervous. who could I trust, etc? During the process I came across Bruno Cohen. I sent him an email after looking at several photos. He was incredibly talented so I reached out. He replied with experience and professionalism. Not to mention he spoke amazing English! 🙂

He knew exactly what I was looking for and we began the process. He was very reasonably priced, especially for his level of expertise and skill set. A photographer of this caliber should be way more expensive. He wanted to Skype to talk about the plan and how he operates. He was more than accommodating on the time change and was very pleasant. Totally the type of guy that we would hang out with. We just clicked.

He asked for a small deposit, not much at all. That was it… he was booked.

When I got to Paris, I was nervous, and excited. Was this guy legit? Did he just take off with our money?

I can say, that he did EXACTLY what he said he would do, and more! He not only met expectations, he exceeded them. He got INCREDIBLE shots of our proposal from multiple angles with the help of an assistant. They were stealth like, stayed out of sight. My fiance had no clue.

Bruno drove us to other locations around Paris and got post engagement photos and coached us on what to do to get the best shots. He was so nice and came up with incredible ways to get emotion behind the smile, to get us not thinking about having photos taken, but about being inlove and happy. You can see the results in the photos. WOW.

I will not only recommend him to every single person looking for photographers in Paris, but we are going back to Paris after the wedding to get photos done by him and his team again. I will use him every time we are there.

We got engaged on Valentine’s Day 2014. Bruno is the real deal…

So for anyone looking for someone that they can trust to do this type of work. Use him. » 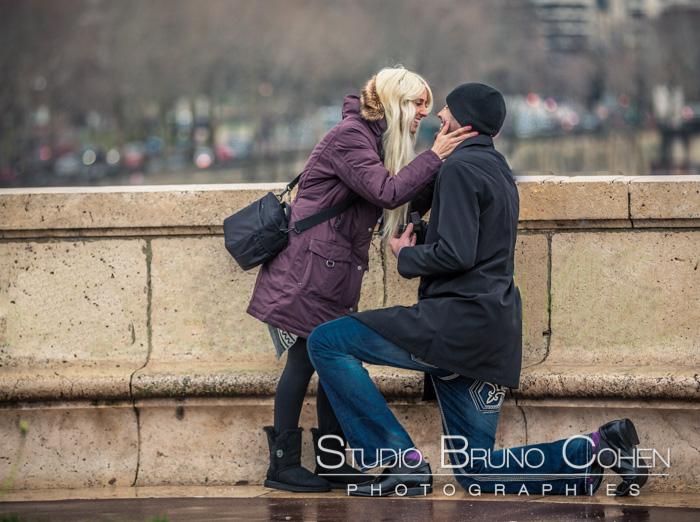 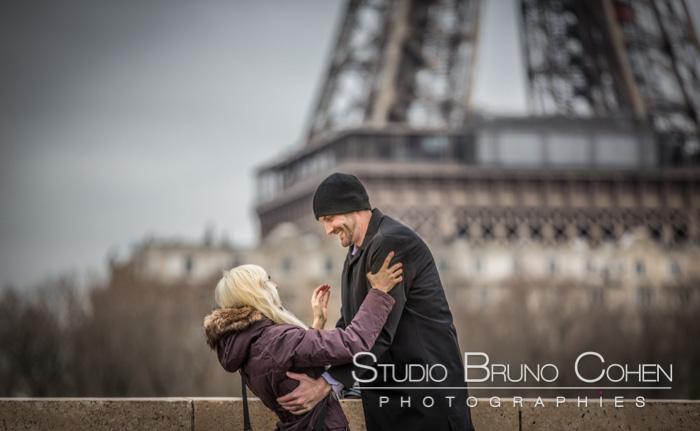 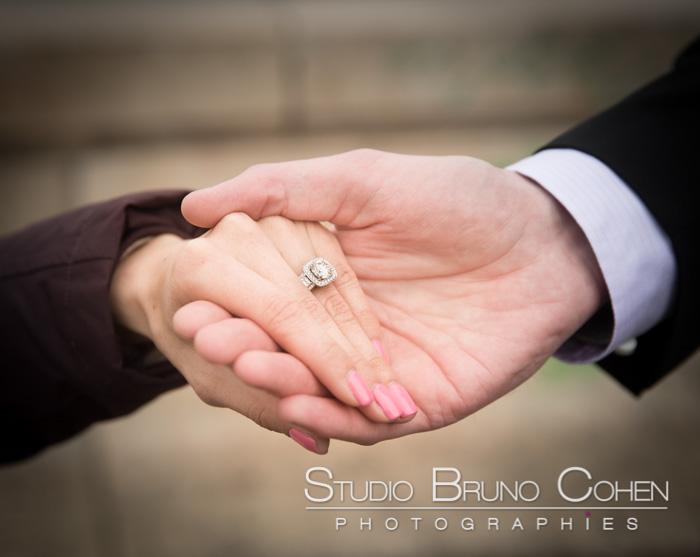 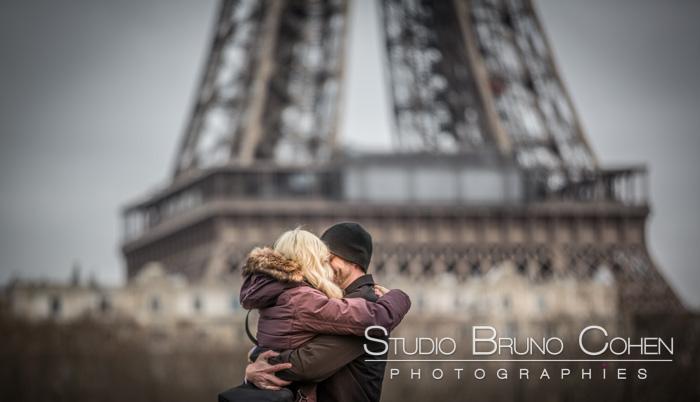